DSAG 2017: SAP and everything to do with digitization 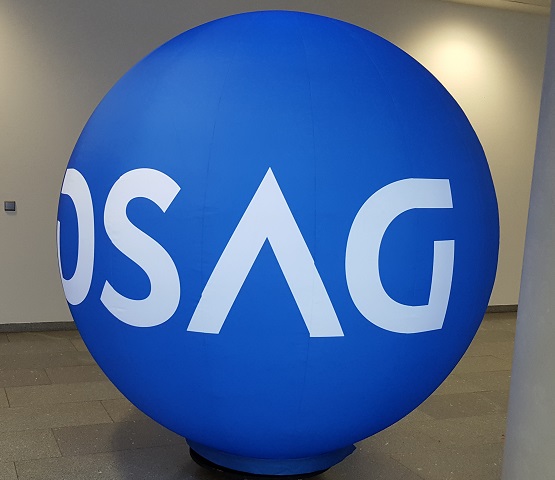 With SoftVision Development we followed the invitation of the German-speaking SAP User Group (DSAG) from 21/22 February 2017 in Mannheim and presented the software solution webPDF at booth 26.

The event attracted everyone who is enthusiastic about SAP technologies and who, together with around 2000 participants, wanted to experience the motto “Change = Chance: Tomorrow is already yesterday” in the Rosengarten in Mannheim. An important concern of the event was to get newcomers excited about SAP solutions or to illustrate how they can be excited about them.

A challenge for the futuret

The credo was: SAP and DSAG should pull together in the future and attract young workers more for the innovations of SAP technologies. The challenge for all companies, including SAP, is to be open to all digital changes in the future and to design the workplace of the future accordingly. The SAP Copilot, a digital assistant, was presented here as an example. Here, employees are to be able to enter into dialogue via voice recognition in order to be able to complete certain tasks. Of course, the newly developed SAP HANA Cloud Platform was also discussed. The DSAG_Technologietage 2017 in Mannheim was mainly used to inform us about all technologies related to ERP (Enterprise Resource Planning).

With our product webPDF we were able to present a solution that works as a unique tool for SAP. Above all, it was important to us to show how easy and convenient it can be to integrate into existing SAP modules. We got in touch with a lot of visitors and customers and again received a lot of valuable suggestions.

We experienced the DSAG Technology Days as extremely well organized and were impressed by the really good numbers of visitors.

More about webPDF in combination with SAP