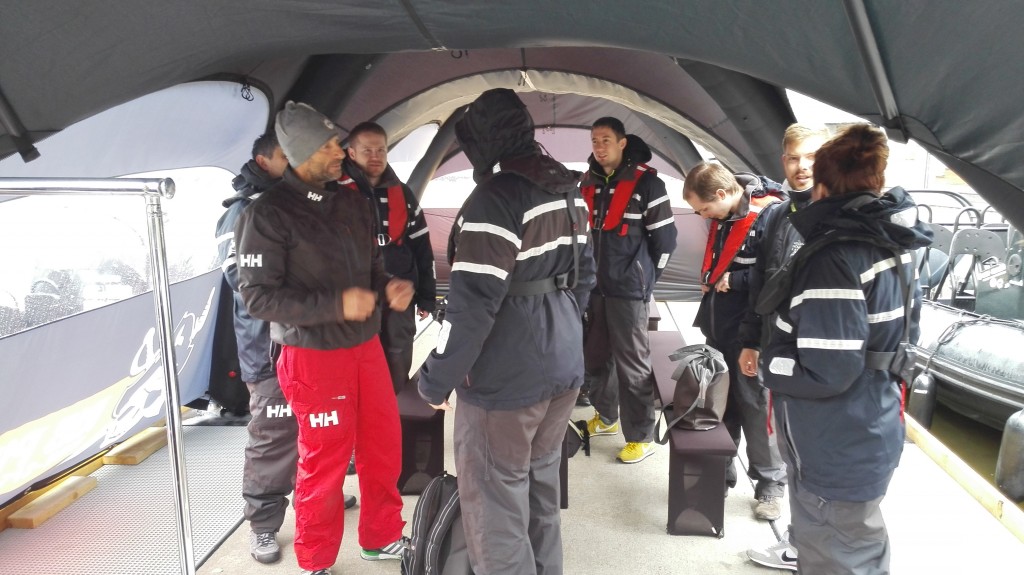 It is Saturday morning, 7:00 a.m., normally you would turn around again at this time and continue sleeping comfortably, but today there is something special on the program: The company outing to Hamburg. The programme seemed promising and action-packed: a speedboat tour, lunch on an old fire ship and a visit to the “Dungeon”.

Speedboat tour with the R.I.B. Pirates

The weather was a mixture of sun, clouds, rain and wind and especially in the rainy phases the raindrops whipped us hard in the face, so that one could hardly keep the eyes open, while we drove with “full steam” and in the “gallop” along the Elbe coast. Now at the latest we were grateful for the additional wind- and waterproof clothing we got at the beginning. Passing countless ships, giant freighters and cruise ships, we raced out to the North Sea at a top speed of 90 km/h and the thigh muscles definitely had enough work to compensate for the jumps over the waves.

The lightship LV 13 – a floating restaurant

After the brisk ride along the Elbe the stomach slowly calmed down again and colleague Hunger spoke. A visit to the floating restaurant, which is located in the old lightship LV 13 in the port of Hamburg, was on the agenda. At first I (the author) was afraid that the waves would be felt on the ship and that the food would be made more difficult, luckily this was not the case. When we arrived there, we were supplied with excellent fish dishes, salads and afterspits and some Alster water. We sat there full and content. But after a short breather we already had to make our way to the next program point, because we had to fulfill a tight schedule!

Pestilence, Inquisition and Piracy at the Dungeon

In the Dungeon we experienced some dark chapters of Hamburg’s history at first hand. At the beginning we were given some hints on how to survive the dungeon:

A little tense we went into the first room. It was a dungeon. The dungeon master picked a volunteer without further ado to introduce the various torture tools. Then a door opened, everyone went through and left the volunteer behind. When the door behind us was closed, all we heard was a scream. On our tour we passed an old lecture hall where a seminar about the plague took place. On the dissection table lay a corpse covered with dark dents. After some explanations by the crazy doctor about various symptoms of the plague, a bump burst open and a liquid splashed on the visitors who had taken a seat on the lecture benches. Another highlight was the inquisitor, who sentenced a witch from our group to death for distributing various “herbs”. Everyone pointed the finger at her and shouted: “Witch! Witch! Witch” – Group dynamics in action.

Somehow we survived the dungeon undamaged and were relieved to get back to daylight.

Before we knew it, we were already sitting in the train back to Fulda and took many beautiful memories from the Hanseatic city with us.

Pictures of the trip to Hamburg 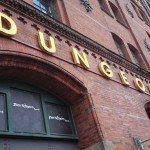 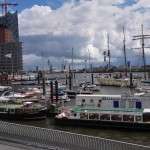 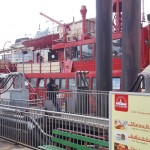